Amazon Fake Reviews – Should You Trust All Reviews? 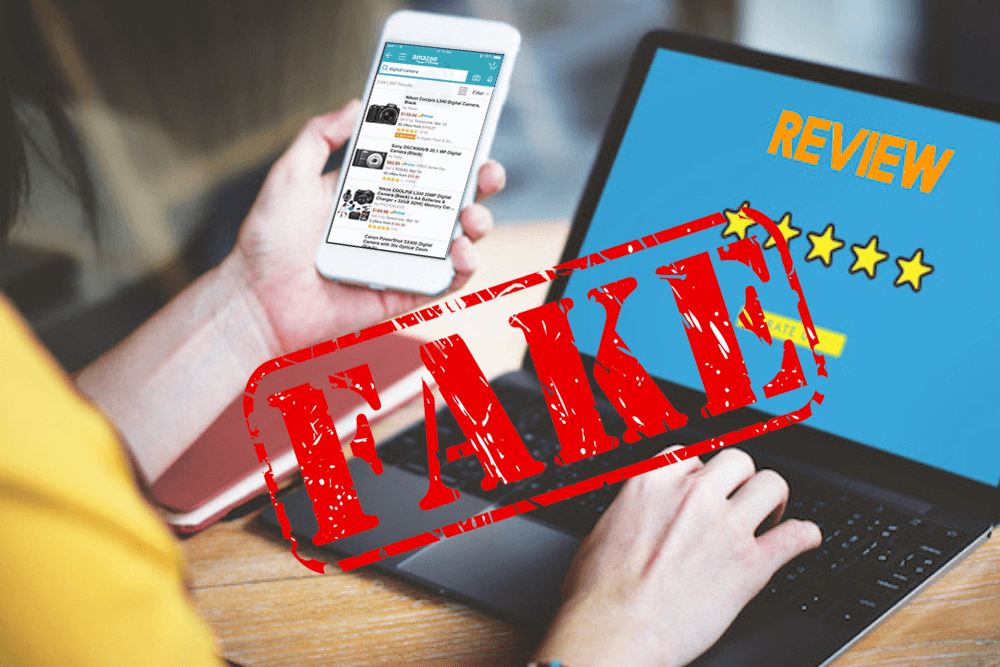 We all like to read product reviews on Amazon before we make a purchase, but should we just be taking these reviews at face value?

The majority of Amazon customers will take the time to check out the product reviews on a listing before making a purchase. But, can we really trust what we see?

The short answer — No.

Fake reviews are an ongoing problem on Amazon. Amazon has strict systems in place and do everything they can to make sure everything posted on their platform is legitimate but, once in a while, a review finds its way around the system.

One recent study from the Washington Post suggests that in some categories, most of the reviews you read may be fake. It found that as many as 61% of reviews for electronic items on Amazon could be fake. Around 30% of customers also said they believed they saw a lot of fake or paid product reviews on Amazon.

Reviews are critical for seller success on Amazon. If a seller has lots of reviews, and they are mostly favorable, the seller is going to rank highly in Amazon’s search results. High rankings, in turn, increases their chances of making a sale.

In the early days of Amazon, sellers would more or less bribe customers for positive product reviews with free products or massive discounts.

Amazon clamped down on this practice in 2016. It is against Amazon’s terms and conditions to offer any incentive for a positive product review. If you do this as a seller, Amazon could take action against you and you might find your account suspended — not that this risk stops everyone!

Paid reviews are also a problem on Amazon. Indeed, there is a busy little industry of companies that allow sellers to pay for Amazon product reviews. Amazon recently sued the aptly named BuyAmazonReviews.com. These companies will facilitate payments to reviewers in exchange for positive product reviews. In many cases, these reviewers will go online and leave a glowing review without ever laying hands on the product.

Even Amazon’s employees are getting in on the act. Employees were found to be taking bribes in return for deleting negative feedback. Amazon took action to halt the trend but it’s one more reason that product reviews should sometimes be viewed with a little more skepticism.

The fight against fake reviews

Amazon takes the issue of fake reviews extremely seriously and with good reason. One of the reasons that Amazon is so successful is they have built a relationship of trust with its buyers. But, if people stop trusting product reviews, this core foundation of their business will take a significant blow. They have taken action against individuals, companies, and sellers who violate their terms and they are likely to continue to do so in the future.

Amazon has tried to protect the review process in a few other ways as well. They have introduced verified purchases to highlight the reviews which have been left by people who purchased the product through Amazon. These reviews will contain verified purchase badges and are intended to demonstrate to customers that this review can be trusted.

The software can be used to identify fake reviews. A handful of companies have developed algorithms to identify suspicious reviews but there is no reason that sellers and buyers shouldn’t be able to identify legitimate and fake reviews all on their own.

For example, a review that is full of vague descriptions and repetitive terms are signs that a review is making it all up. If a review reads as a person has never used the product, odds are good they haven’t!

Fake reviews harm everyone. When the general sense of trust that surrounds Amazon starts to erode, it impacts everyone selling on the platform. More than just creating doubt in a buyer’s mind, fake product reviews can create unfair competition by allowing some sellers to steal a competitive edge.

While sellers may try to pad their own ranking by loading their reviews page with fake positive reviews, it is important to note that fake negative reviews are also a thing.

When competition in certain categories is intense, some sellers have been known to pay people to leave negative reviews on a competitor’s page.

Negative reviews can be a serious problem for sellers. They drive down seller ranking and may discourage people from making a purchase. Luckily, there are things sellers can do to remove negative product reviews.

If a seller thinks a negative product review is fake, they can report the review to Amazon. If Amazon agrees that they review is illegitimate, they will take it down.

Sellers may also use tools like FeedbackWhiz to receive instant notifications for all product reviews. Instead of scrolling through reviews on each product they have listed, they can monitor all of their reviews, on all of their products, in one convenient place. This allows sellers to notice suspicious behaviors. For example, if a seller sees a large number of negative reviews being left by users who have not made a purchase from them, they can alert Amazon. This can do a lot to save a seller’s reputation and keep sales numbers high.

Fake reviews are not going away anytime soon. Whenever you find a set of rules, you will find people who will try to get around them. But, with a critical eye, a little bit of skepticism, and a handy software tool, buyers and sellers alike can take back the platform and fight against fake and dishonest Amazon reviews.

This website uses cookies to improve your experience while you navigate through the website. Out of these, the cookies that are categorized as necessary are stored on your browser as they are essential for the working of basic functionalities of the website. We also use third-party cookies that help us analyze and understand how you use this website. These cookies will be stored in your browser only with your consent. You also have the option to opt-out of these cookies. But opting out of some of these cookies may affect your browsing experience.
Necessary Always Enabled

Any cookies that may not be particularly necessary for the website to function and is used specifically to collect user personal data via analytics, ads, other embedded contents are termed as non-necessary cookies. It is mandatory to procure user consent prior to running these cookies on your website.